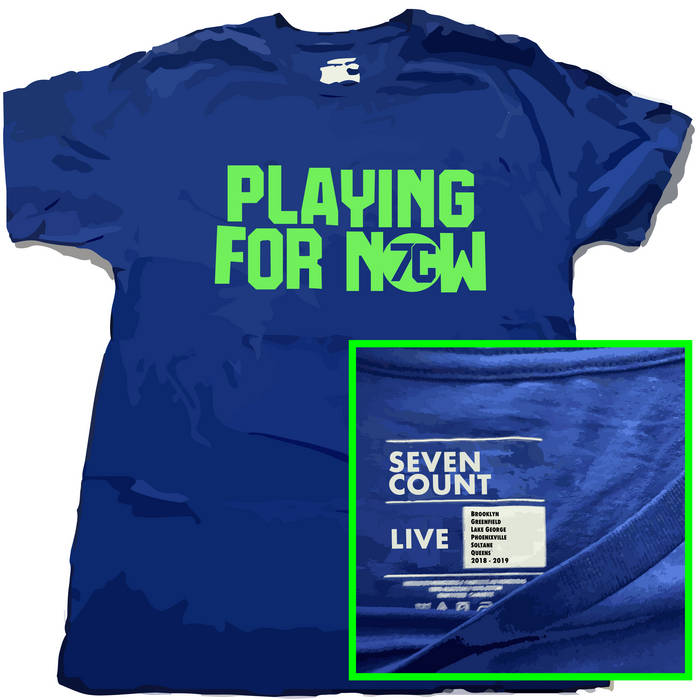 The band was all set up. Cases out of cars, drums out of cases, yards of cable unspooled, a goodly hour or maybe two - and they were set up.

The band was all set up in a strange location. It was a former dentist’s office, a former post office, a vaulted, impeccable gymnasium. They set up, kitty corner to the bricked-up fireplace in the front room of the former courthouse, and through the inoperable windows was a lake plied by an old-style paddlewheel steamer.

Someone called a tune, or called for one. But a tune was hardly what came; instead came a world. Or: a tune came softly, padding through the mist of that world. The world that was called had its parts melted and rearranged, like a scrambled Rubik’s cube with the corners sanded off. The band called on a pixelated sheen that sounded like a broken screen, and on a hushed, bronzed glow, which bowed like sea legs.

Slowly, in the sound, it was made quietly clear that the world the band called, in lieu of a tune, owed a debt to the strange location where the band had set up. To explain: due to the phenomenon of standing waves, where waves set up and sit still, the tunes had borrowed tones from the room itself, ringing in time with the parallel walls. Then, ceiling and floor joined in, jostled only by the sound of the cymbals, whose clatter disarrayed the geometry of air to which the room, and the tune, aspired.

The form outlined by this cording had something to do with the fact of being former. The former dentist’s office was two floors above the city’s former movie palace, which, having endured or exalted in a pornographic intermezzo, had been reborn as a stately music hall. The former post office was divided in half, so the room where they were set up shared a roof and bathroom with a restaurant where the man who was hosting the band also spun records and tended bar. The vaulted gymnasium was so improbably impressive on account of sitting at the center of a spiritual commune formerly home to devotees in the hundreds. But times and government regulations had changed, and the gymnasium, though well-appointed for music, theatre and every sport, sat mostly empty, waiting for kids from the apartment complex down the hill to sneak in at night to shoot hoops and beer cans.

The band was set up in the standard formation, with the drums in the center and a little behind, and the tune gestured at the common forms and at common time. But the quality of there having been something before, of being former, forced the band to confront the formalities of their art. The quality of a past unconcerned, of an architecture that hadn’t considered their coming to set up, slowly set upon the band and sent them spinning backward…

(Years before, in a fourth story walkup on Himrod Street, the band was set up before it was a band, more of a pick-up kind of thing, sticks and tones tossed off, but also projected into, and predicting, a future.)

All packed up, back in the vaulted gymnasium, the band devoted its final night to merrymaking: an R.C. helicopter got dunked, someone donned a stashed wolf mask, surely maché’d for a pageant or play, and then everyone got in the sauna, or gathered round to research the cost of a set of handbells on eBay.

We (didn’t) record everything, later assembling remotely, bending to kiss the relics and reminisce. Now, in a new context where we find the whole set-up banned, we find we were all along playing for the space, with the past, in the present, for now.

Ian Kovac on Bass (Still Building, What Might Have Beans),
Bonnie Lander on Bass (Caves of Altered Mirós, One Foot in the Loam)
Nicolee Kuester on french horn, Katie Porter on Bass Clarinet, and David Colosi on Tenor saxophone (Gloo)

Mixed by us
Mastered by Adam